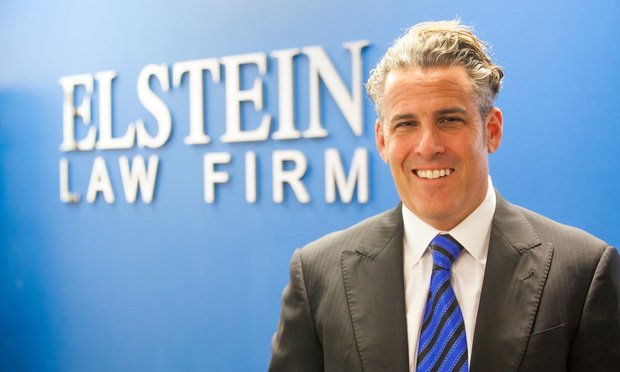 Original article by Raychel Lean at www.law.com can be read here.

“I would always hear that Collier County and Lee County are very Republican, conservative communities and you get very conservative jurors there, you don’t get big settlements there,” plaintiff counsel said.

In Wellington lawyer Michael Elstein’s 25 years of handling car crash lawsuits, he said he’s become accustomed to hearing West Coast defense attorneys warn: “What you’re asking for is totally out of line with what cases are valued at this side of the state.”

They point to the typically underwhelming verdicts rendered by conservative-leaning juries, Elstein said. But that didn’t put him off from pursuing a Collier County case, which ended with a $965,000 settlement for a one-level cervical disc replacement claim.

Elstein represented Daniel Ariza, who injured his neck in a 2016 crash at a Naples intersection he alleged was caused by defendant Eddie Klune. Ariza alleged Klune negligently failed to yield.

Then, a year later, a second accident. This time, as Ariza was driving a golf cart while watching his son play at the ArrowHead Golf Club in Naples, when patron Wayne Fischer at the wheel of a golf cart allegedly crashed into his.

That presented Elstein with a dilemma: Should he amend the lawsuit to include Fischer and the golf club, making the litigation more expensive and time-consuming? Or should he leave them out of it, knowing defendant Klune could now blame some of Ariza’s injuries on the second accident?

Elstein took a risk, amending the complaint to include claims against Fischer and the golf club owner Heritage Greens Golf Enterprises LLC. This lawsuit claimed the first accident caused a cervical herniation in Ariza’s neck and a subsequent surgery, and claimed the second accident aggravated those injuries, potentially creating the need for a second surgery.

That sparked some finger pointing between the defendants, Elstein said. And when the medical expert for Fischer and the golf club aligned with the plaintiff’s on causation, the attorney saw an opportunity for resolution.

Despite declining a prior $475,000 settlement offer, Klune’s insurer The Hartford Insurance Group agreed to pay $950,000. Meanwhile, the insurer for the remaining defendants, Philadelphia Insurance Co., agreed to pay $15,000 after previously offering $5,000.

Peter W. Kociolek Jr. of Law Offices of Jason L. Weissman in Hollywood represents Klune, who argued Ariza was speeding and could have avoided the accident. He did not immediately respond to a request for comment.

Likewise, Fischer alleged Ariza could and should have avoided his golf cart. His attorney John McQueen Miller III of Henderson, Franklin, Starnes & Holt in Fort Myers did not immediately respond to a request for comment.

“I would always hear that Collier County and Lee County are very Republican, conservative communities and you get very conservative jurors there, you don’t get big settlements there,” Elstein said. “This, I thought, was an extraordinary amount of money for him [Ariza] to receive based on the injury that he sustained, even on the east coast.”

Elstein said his philosophy is, “always to try and maximize the highest result for the client.” The lesson, he says, is to demonstrate unwavering willingness to go the distance.

“My thought process was that, in order to do that, most of the time, you’ve got to wait until you get right before trial,” Elstein said. “You have to just be willing to take it that far, but you also have to have a wiling participant in a client that believes in you and was willing to hold out that long in litigation.”