Practicing exclusively personal injury law for more nearly two decades, founder Michael S. Elstein was born in Miami Beach, Florida in 1969 and grew up in South Florida. Mr. Michael Elstein attended University of Florida, Gainesville, Florida where he received his Bachelor of Arts in Criminology and Law and Minor in Business Administration in 1991. Mr. Michael Elstein then attended Nova Southeastern Law School, Shepard Broad Law Center, in Davie Florida, where he graduated in 1995 after having worked for the Honorable David L. Levy, at the Third District Court of Appeal and the Honorable William M. Hoeveler, U.S. District Judge, Southern District of Florida.

Upon graduating from law school, Mr. Michael Elstein embarked on a legal career where he has dedicated his law practice to helping residents across of the State of Florida, and now in Wellington and Palm Beach in legal matters involving wrongful death, work related and construction accidents, car and motor cycle accidents as well as medical malpractice, traumatic brain injury and nursing home abuse cases.

Mr. Michael Elstein, a Wellington injury lawyer, has nearly 20 years of courtroom experience where he has dedicated his practice to fighting aggressively against insurance companies in the pursuit of justice for clients and some of his results can be reviewed on the Millions of Dollars Recovered  tab on our site where you can review just some of the succeses achieved by Wellington injury attorney Mr. Michael Elstein on behalf of his clients in connection with serious automobile and motorcycle accidents, work accidents, medical malpractice, as well as wrongful death and traumatic brain injury cases.

Michael S. Elstein established the Elstein Law Firm in 2002 with the goal to provide aggressive, experienced and most importantly personalized legal advice and representation in all areas of personal injury. Michael S. Elstein has been selected numerous times as a legal leader and elite attorney in Florida Trend’s Legal Elite, in 2011, 2012 and 2014 and was awarded a lifetime membership in the Multimillion Dollar Advocates Forum, which is a prestigious group of national attorneys who have obtained multimillion dollar jury verdicts or settlements on behalf of their clients.

Mr. Michael Elstein is the son of a salesman, teacher and doctor and calls Wellington, Florida his home where he has resided for over 10 years with his wife and two children. Recently, he has expanded the firm’s practice areas to better serve our clients’ expanding needs, and we now handle Social Security disability claims and all employment related matters, including unpaid overtime and discrimination. We also prepare powers of attorney and health care surrogate agreements.

Note, the Elstein Law Firm handles cases all over the State of Florida and welcome referrals from local, regional and out of state attorneys.

Classes/Seminars Taught:
Michael S. Elstein was a professor at American Heritage High School, Delray Beach, where he taught high school students for several years an introduction to law class in the Pre-Law Program. 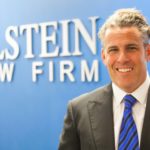